Get 5X More Business From Referrals 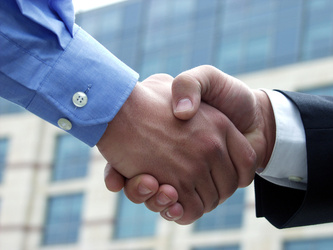 This is the sixth in a series of blog posts on my 15 most effective sales tactics.

It amazes me that a large percentage of sales professionals don t ask for referrals because they worry their new customers will say no.

Below is a simple way to get over that fear and get five times more business from referrals.

When I started my first company, I spent a few months living with a friend named Kelly. Kelly was a hardcore hockey player and one evening after hockey he and a few of his hockey buddies were going for a beer at the neighbourhood bar, and he asked if I would like to come along.

I went, and as soon as I got there, I noticed this cute girl across the bar that had a big smile and was obviously having fun with her friends. I immediately went over to talk to her. But being a shy guy around women, I had no idea what to say, and by the time I got there, all I could come up with was: If I asked you out would you say yes

A couple of days later, I reflected on that experience and asked myself why can’t salespeople ask a similar question about a referral: Have I earned the privilege of asking for an introduction

I ask for introductions, not a referral because I ve learned people are more open to making introductions than giving referrals and this allows me to ask for an introduction right after the sale has been won, instead of having to wait until the product or service that was sold has been delivered – which sometimes takes months.

I used to wait until 90 days after what I sold had been delivered, but too often I got distracted, or something would happen to my customer, and I would lose the opportunity to turn one sale into a string of opportunities.

If they were willing to make an introduction, I would then ask how they feel about writing an email to that person, cc ing you; you could even suggest they call it a virtual introduction .

I usually ask clients if they can do it while I m in front of them (or on the phone with them), so I don t have to pester them about it again. Otherwise, all too often they move on to something else as soon as you get off the phone with them or finish your meeting.

If they say no, the question you want to ask next is: What would I have to do to earn it Then, do what they tell you and come back to ask once more for the introduction they said they would give you.

Who is the best person to ask

The best person to ask for a referral or introduction is the most senior decision-maker you met during the process of winning the sale. This person is most likely to know other decision-makers who have money, possess the authority to spend it, and have influence over final decisions.

You want to ask for 15 minutes of their time, so you can learn how and why you won the sale.

When you get the meeting or call the first four questions you want to ask are covered in a previous blog post titled How to Clone Your Best Customers. The last question – the one that I think will get you the best introductions is below.

If they are completely unwilling to make an introduction, move on to the next most senior person you met during the process of winning the sale.

What is the right question

Remember, you get what you ask for, and too many salespeople ask for a generic introduction to someone who could use their product or service.

The problem with generic referrals is that you often get referred to someone who is either in the buying mode of status quo (happy with the competition and sees no reason to change) or searching for alternatives (unhappy with the status quo and already talking to several of your competitors).

Getting introduced to decision-makers who are five times more likely to buy from you is not hard.

P.S. The cute girl in the bar It turns out she was already in a relationship.